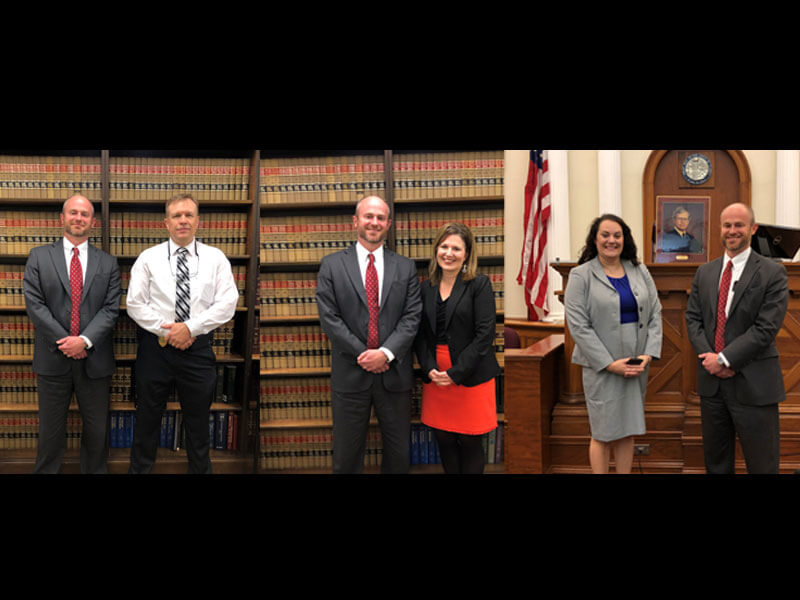 Melissa Blackwell is a graduate of Clemson University and Cumberland Law School.  She was admitted to the Florida Bar in May 1998 and began work as an Assistant State Attorney in the Third Judicial Circuit under then State Attorney Jerry Blair.  Melissa remained with the Office of the State Attorney until 2009 at which time she was the sole child sex prosecutor for five of the seven counties in the Third Judicial Circuit.  Melissa spent a short period of time in private practice and has spent the past twelve years as in house counsel for the Department of Transportation.  Melissa has returned to the Office of the State Attorney to work in our special prosecution division.

Keith Heston is a Columbia County Florida native. He attended Florida Gateway College and is a graduate of North Florida College in Madison Florida. Keith began his law enforcement career with the Lake City Police Department in 1993.  During his career, Keith served as a Patrol Officer, Canine Officer, Violent Crimes Response Team, Honor Guard, Special Crimes Unit Officer and Supervisor, Patrol Sergeant, Multijurisdictional Drug Task Force Supervisor, Criminal Interdiction Unit Supervisor, and the Operations Bureau Commander. Keith has been an instructor for the criminal justice basic recruit programs with the Florida Gateway College since 2002, with a focus on high-liability topics. Keith retired at the rank of Lieutenant in 2021 before joining the Office of the State Attorney as an investigator.

Keith is married to his wife Shon, and they have five children (Jessica, Melody, Joshua, Matthew, and Hannah) and six grandchildren (Savannah, Tucker, Eli, Brantley, Emma, and Ansley.

Kylie Kafka is a Suwannee County native.  She graduated from Suwannee High School, The University of Florida and received her J.D. from Florida Coastal School of Law.  She was admitted to the Florida Bar in April 2016 and began practicing as an Assistant State Attorney in the First Judicial Circuit.  Kylie remained with the First Circuit until this year at which time she was prosecuting felony cases. Kylie will be joining our Suwannee County division prosecuting felony cases in circuit court. Kylie is the granddaughter of the late Circuit Judge Thomas J. Kennon and the daughter of Thomas “Todd” Kennon III, a practicing attorney in Lake City, Florida.  She is married to Kerner Kafka and they have one daughter, Kennedy (2)

Get all latest content delivered to your email a few times a month.